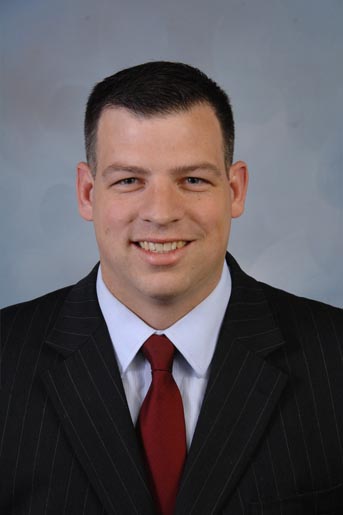 In 2015 and 2016, Matt was recognized by Leading Lawyers as an Emerging Lawyer in both “Personal Injury Defense Law: General” and “Transportation Defense Law: Including Aviation/FELA/Maritime.”

Ying Ye, as Representative of the Estate of Shawn Lin, Deceased, v. Global Sunrise, Inc., and GlobalTranz Enterprises, Inc., 2021 U.S. Dist. LEXIS 210879 (N.D. Ill. Nov. 2, 2021) and 2020 U.S. Dist. Lexis 37142* (N.D. Ill. 2020).  The plaintiff filed a wrongful death action to recover for the death of her husband. Plaintiff’s decedent was killed when he drove his motorcycle, at a high rate of speed, into the cab of a tractor-trailer as the unit was executing a right turn. Plaintiff sued the motor carrier and our client, GlobalTranz Enterprises, the broker. The Court granted our Motion to Dismiss the negligent hiring/retention claim against GlobalTranz on the grounds it was preempted by the Federal Aviation Administration Authorization Act of 1994 (“FAAAA”), 49 U.S.C. § 14501(c)(1). The Court rejected the plaintiff’s argument that the safety exception of the FAAAA applied.  The Court subsequently granted our motion for summary judgment on the    agency/vicarious liability claim against GlobalTranz.  The Court held that the level of control the broker was alleged to have exerted over the motor carrier and driver was insufficient to establish an agency relationship and the motor carrier was an independent contractor of the broker.

Kawasaki Kisen Kaisha, Ltd. v. Plano Molding Co., 696 F.3d 648 (7th Cir. 2012) (holding that an ocean carrier has a right to contractual indemnity under NVOCC bill of lading against the consignee for damages caused by improper loading of container if the consignee directly contracted with the NVOCC or authorized the shipper to contract with NVOCC on the consignee’s behalf)

Riduco, SA v. A.P. Moller-Maersk A/S, 2009 WL 4680197, 2010 AMC 1 (N.D. Ill. 2009)(holding that the Carmack Amendment did not apply to the inland rail segment of an international through shipment of cargo from the United States to Columbia, and granting summary judgment to ocean carrier based on a one-year time bar contained in the ocean carrier’s through bill of lading)

Water Management Technologies, Inc. v. Lakeside Manufacturing, Inc., Case No. 08 C 3524 (N.D. Ill. 2008)(secured pre-judgment freezing of assets and accounts receivable against a broker who refused to forward payment for vessel manufactured by client for the City of Chicago)

Carbodynamics, Inc. v. BHP, Ltd., 2006 L 009482 (Circuit Court of Cook County 2009)(summary judgment/dismissal of breach of contract and unjust enrichment claims in a commercial dispute over installation of equipment in fertilizer plant valued in excess of $2 million based on the plaintiff’s submission of forged contractual documents to support claim, including an award attorney’s fees against the plaintiff as a sanction)

“Defending Vicarious Liability Claims Against Brokers in the Wake of Volkova,”, The Transportation Lawyer, Vol. 22, No. 2 (October 2020).

Food Safety Modernization Act and its Potential Impact on Cargo Liability under the Carmack Amendment, March 2016

A Trap for the Unwary: Two-Year Statute of Limitations for Actions Against Insurance Brokers, IDC Quarterly, Volume 18, No. 3, Third Quarter 2008