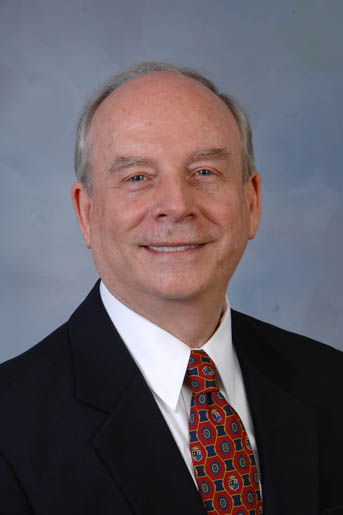 Warren was born in Chicago, Illinois. He is a graduate of the U.S. Merchant Marine Academy at Kings Point, and received his law degree from Loyola University of Chicago. Admitted to practice before Illinois State Courts and U.S. Federal Courts; including the U.S. Supreme Court, Court of Appeals for the Second, Sixth, Seventh, Eight and Eleventh Circuits and District Courts in several states. He also maintains an active U.S. Coast Guard master’s license.

Warren is active in and has served with distinction in various professional organizations. From 2008 to 2010, he served as the President of the Maritime Law Association of the United States, prior to which he served as First Vice-President, 2006-2008; Second Vice-President, 2004-2006; Secretary, 2002-2004; and on the Executive Committee, 1989-1992). He has also served in the American Bar Association (House of Delegates 1991-1996; Section of Tort and Insurance Practice, Chairman, Admiralty and Maritime Law Committee; Section of International Law; Section of Litigation); Chicago Bar Association (Chair, Admiralty Committee); Illinois State Bar Association (Vice-Chair, Admiralty Committee); Propeller Club, Port of Chicago (President 1989-1990; also Regional Vice President 1990-1991); U.S. Great Lakes Shipping Association (General Counsel 1990-Present); Marine Navigation and Training Association (President); Chicago Harbor Safety Committee (Secretary 2014 – Present); Calumet River Safety Committee; and delegation to International Maritime Organization (IMO) of United Nations (2008-2010). He has also authored articles and other publications, and has been a presenter and moderator at various seminars.

In re Oil Spill by The Amoco Cadiz, 954 F.2d 1279 (7th Cir. 1992).  This decision was the culmination of Mr. Marwedel’s representation of the French government and various French communes in litigation against Amoco International Oil Company for claims resulting from the 1978 grounding of the oil tanker AMOCO CADIZ, which spilled 220,000 tons of crude oil, fouling the Brittany coast of France in 1978, the world’s largest vessel oil spill.  The district court proceedings lasted over eight years, with the France and the French communes being awarded damages of nearly 600 million French francs, of which 340 million was principal and the balance was for prejudgment interest, affirmed by the Seventh Circuit.

Dead Sea Pericles v. American Commercial Barge Line Co., 2003 A.M.C 370 (N.D. Ind. 2002).  Represented American Commercial Barge Line in relation to its liability as a carrier, and its losses as a barge owner, of nine, fully loaded barges which sank in Burns Harbor, Indiana, during a major storm on Lake Michigan.  The court granted summary judgment in favor of ACBL against shipper of bulk commodities, holding that under the Harter Act, ACBL had completed its obligation of delivery under a contract of affreightment by making delivery to the marine terminal designated in the contract prior to the storm.  ACBL’s claims against the marine terminal for the salvage expenses incurred in raising the barges, and for the hull losses, were settled in full, plus prejudgment interest, for $1,700,000 just prior to trial.

Spirit of Excellence v. Intercargo Ins. Co., 777 N.E.2d 660 (Ill. App. 2002).  Summary judgment in favor of marine insurer client upheld on appeal, where trial court held that exporter of multiple shipments of used cars to Russia had no insurable interest in the cargo at the time of loss.

Motorola v. Kuehne & Nagle, Inc., 171 F.Supp. 799 (N.D. Ill. 2001). Court granted partial summary judgment in favor of freight forwarder client, holding that the Warsaw Convention’s limitation of liability should be calculated based on the weight of the affected portion of the shipment, not on the entire shipment, unless the shipper can show that the value of the whole was damaged by the damage to the part.

Willis v. Transamerica Leasing, et al., Circuit Court of Cook County, Il., No. 98 L 3127 (1994-1999).  Represented Transamerica Leasing in a multiple fatality accident involving a container chassis, in which six children tragically perished in a vehicle fire.  The case was a major news event in Chicago, and ultimately was a catalyst for the investigation of the improper issuance of Commercial Driver’s Licenses in Illinois, and for change in the motor carrier safety regulations pertaining to the roadworthiness of intermodal equipment.

Independent Machinery v. Kuehne & Nagle, Inc., 867 F. Supp. 752 (N.D. Ill. 1994). Court granted summary judgment in favor of freight forwarder client, holding that its terms and conditions of service, proven through a course of dealings, established that the forwarder did not assume the obligations of a common carrier, and had no liability for physical damage to the cargo.

“Admiralty Jurisdiction and the Great Lakes”, The University of Toledo Law Review, Vol. 24, No. 2 (1993)(with Shari Friedman)