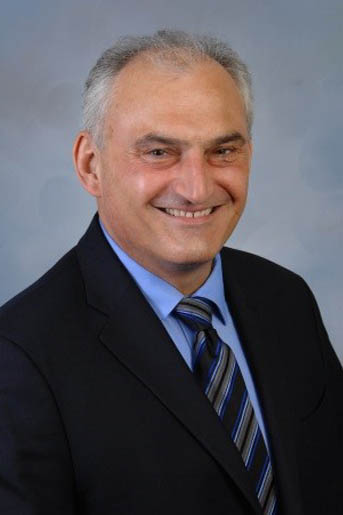 Bill was born in Evergreen Park, Illinois. He graduated from Southern Illinois University with a Bachelor of Arts degree in Economics. He received his law degree, with Honors, from DePaul University College of Law in 1982. He was admitted to the Illinois Bar in 1982. He is admitted to practice before Illinois State and Federal Courts, including the Courts of Appeal for the Seventh Circuit and Tenth Circuit, the United States District Courts for the Northern, Southern and Central Districts of Illinois and the United States District Court for the Northern District of Indiana. Bill is a proctor member of the Maritime Law Association of the United States.

Bill is a civil litigation attorney. He practices extensively in the areas of admiralty and maritime law, personal injury defense, railroad terminal operations, marine terminal operations, transportation law, and commercial law. His practice in admiralty and maritime law includes the defense of Jones Act cases, maritime personal injury cases, actions under the Limitation of Shipowners’ Liability Act, the representation of barge lines, and proceedings before the United States Coast Guard. Bill represents rail and intermodal terminal operators and marine terminal operators in the defense of personal injury and property damage claims and contract issues, including extensive work with contractual indemnity provisions of service contracts and the defense of contractual indemnity claims. Bill is also involved in the development of Marine Terminal Operator schedules, including limitations of liability, as provided for in the Ocean Shipping Reform Act of 1998, 46 USC Appx § 1707(f).

Ying Ye, as Representative of the Estate of Shawn Lin, Deceased, v. Global Sunrise, Inc., and GlobalTranz Enterprises, Inc., 2021 U.S. Dist. LEXIS 210879 (N.D. Ill. Nov. 2, 2021) and 2020 U.S. Dist. Lexis 37142* (N.D. Ill. 2020).  The plaintiff filed a wrongful death action to recover for the death of her husband. Plaintiff’s decedent was killed when he drove his motorcycle, at a high rate of speed, into the cab of a tractor-trailer as the unit was executing a right turn. Plaintiff sued the motor    carrier and our client, GlobalTranz Enterprises, the broker. The Court granted our Motion to Dismiss the negligent hiring/retention claim against GlobalTranz on the grounds it was preempted by the Federal Aviation Administration Authorization Act of 1994 (“FAAAA”), 49 U.S.C. § 14501(c)(1). The Court rejected the plaintiff’s argument that the safety exception of the FAAAA applied.  The Court subsequently granted our motion for summary judgment on the agency/vicarious liability claim against GlobalTranz.  The Court held that the level of control the broker was alleged to have exerted over the motor carrier and driver was insufficient to establish an agency relationship and the motor carrier was an independent contractor of the broker.

Great American Insurance Company v. United States, 55 F. Supp. 3d 1053 (N.D. Ill. 2014). Submitted a claim on behalf of a pollution insurer to the National Pollution Funds Center (“NFPC”) for reimbursement of removal expenses under the Oil Pollution Act of 1990 (“OPA”), 33 U.S.C. § 2703. The pollution incident occurred as the result of an explosion aboard a tank barge transporting clarified slurry oil on the Chicago Sanitary and Ship Canal in Chicago, Illinois, on January 19, 2005. The NPFC denied the claim, and the insurer filed an action for administrative review under the Administrative Procedures Act, 5 U.S.C. § 701 et seq. The court held that the NPFC’s denial of the claim was not in accordance with OPA and was arbitrary and capricious. The court set aside the NPFC’s determination and remanded the matter for further proceedings consistent with the decision.

Muhammad v. Pacific Trailer Repair Services, L.L.C., 2016 IL App (1st) 150434-U. Plaintiff, a truck driver, suffered a crush injury to his right hand when he attempted to adjust a twist lock on an intermodal chassis as a container was being loaded onto the chassis by a crane. Plaintiff sued the employer of the crane operator. Following a bench trial, the circuit court concluded that plaintiff was 65 to 70% at fault for the accident and entered judgment in favor of our client, the defendant. The judgment was affirmed on appeal.

Saverino v. CSX Intermodal, Inc. and Pacific Rail Services, LLC, No. 1-07-1654 (Ill. App. 2007). Plaintiff sued to recover for injuries he sustained when he fell off a sideloader in an intermodal yard. Plaintiff claimed that he was instructed to climb onto the sideloader by the operator, an employee of client Pacific Rail Services. The trial court granted summary judgment to Pacific Rail on the grounds there was no evidence that any act of Pacific Rail or its employee was a legal cause of plaintiff’s injury, and the appellate court affirmed.

Atwood v. St. Paul Fire and Marine Insurance Company, 845 N.E.2d 68, 300 Ill.Dec. 647 (Ill. App. 2006). Appellate affirmed entry of summary judgment in favor of marine insurance client which had denied coverage for the loss of a pleasure boat based on the one-year suit time limitations period in the Policy.

David Michael Bunch v. Maersk Line Limited, Circuit Court of Cook County, Illinois, Docket No.: 03 L 14764. Four week jury trial, November 2005. Defended client, Maersk Line Limited, in a seaman’s claim under the Jones Act. Plaintiff fell nine feet, head first, into the hold of a containership while the ship was at sea off the coast of Chile. Plaintiff suffered numerous severe injuries including moderately severe traumatic brain injury, a cerebral contusion, ischemia in the right parietal and occipital lobes, and damage to the fifth cranial nerve; a right orbital fracture with optic nerve damage; paralysis of the right side of the face; damage to the right trigeminal nerve at the base of the brain; displaced Colles fracture of the left wrist with external nerve damage to the left arm; peripheral nerve injury; severely comminuted fracture of the left distal radius; left rotator cuff tear; carpal tunnel syndrome; cubital tunnel syndrome; comminuted impact fracture of the right elbow; and five right rib fractures. The demand prior to trial was $7,000,000, and the offer was $2,000,000. Plaintiff asked the jury to award in excess of $27,000,000. The jury returned a verdict in favor of plaintiff in the amount of $3,839,133, which was reduced by thirty percent (30%) for contributory negligence, resulting in a verdict in the amount of $2,687,393.10.

Canal Barge Company, Inc. v. Commonwealth Edison Company, No. 98 C 0509 (N.D. Ill. 2002). Trial of a breach of contract action on behalf of barge owner against utility for the repair and maintenance cost of a fleet of 56 barges that were used to transport coal during the course of a twenty-year transportation contract in which the barge owner was awarded damages of $1,341,963.72, plus prejudgment interest in the amount of $347,996.66. Decisions arising from the case: 2002 WL 1264002 – Denial of defendant’s motion for summary judgment on claim for barge repair expenses under barge transportation contract; 2002 WL 206054 – The right of a plaintiff to amend the complaint to assert admiralty jurisdiction and the right to a jury trial under admiralty law; 2001 WL 845468 – The right to depose an expert witness who was retained prior to litigation; 2001 WL 817853 – Duty of a corporation to produce a deponent under Rule 30(b)(6) of the Federal Rules of Civil Procedure.

In the Matter of the Complaint of Holly Marine Towing, Inc., Owner of the Barge HMT 7, for Exoneration from or Limitation of Liability, 270 F.3d 1086 (7th Cir. 2001). Prosecution of a Limitation of Liability for the owner of a deck barge that was used in connection with repairs to a bridge over the Chicago River during which one worker died and another was injured. The claimants settled with the barge owner for the combined sum of $10,900. Summary judgment was then obtained on behalf of the barge owner on a contractual indemnity claim against the employer of the claimants and judgment was obtained against the employer for the full amount of the settlement plus the attorneys’ fees and expenses incurred by the barge owner in defending the claims and in prosecuting the limitation of liability action.

Shannon v. Pacific Rail Service, LLC, 70 F.Supp.2d 1243 (D.Kan. 1999), affirmed 232 F.3d 902 (10th Cir. 2000). Defense of a wrongful death action brought on behalf of the minor daughter of a seventeen year-old girl that was killed when she was struck by a vehicle operated by an employee of our client, an intermodal contractor, in a rail yard in Kansas City, Kansas. Summary judgment was entered in favor of our client on the grounds that the employee was acting outside the scope of his employment at the time of the accident. The summary judgment was affirmed on appeal.

Huffman Towing Co. et al. v. G.J. Leasing, Inc., Huffman Towing Co. v. G.J. Leasing, Inc., 2001 AMC 989 (S.D.Ill. 2001). Defense of a loading stevedore in a personal injury action filed by a longshoreman who suffered significant injuries, including three cervical fusions, when a cargo of steel coils shifted during discharge, causing the barge to capsize and sink. Suit was filed against the owner of the barge, the stevedore that loaded the barge and the fleeter that held the barge in its fleet. The barge owner and loading stevedore settled with the plaintiff for $600,000, and then pursued a contribution claim against the fleeter. The fleeter was held 100% liable for the personal injuries, and the barge owner and stevedore were granted judgment against the fleeter for the full amount they paid in settlement.

Susan Houser, as Special Administrator of the Estate of Robert K. Davies, Deceased v. Burlington Northern and Santa Fe Railway Company, United Parcel Service and Pacific Rail Services, LLC, No. 01 L 6741, in the Circuit Court of Cook County, Illinois. Defense of a contractor, responsible for loading and unloading containers and chassis on rail cars, in a wrongful death action arising from an accident in which an employee of TTX Companies drove a pick-up truck into the front of a chassis that was parked in a railroad yard. The wrongful death claim settled for $890,000, of which the client contractor paid only $47,500.

Rufolo v. Midwest Marine Contractor, Inc., 6 F.3d 448 (7th Cir.1993), vacated and remanded, 511 U.S. 1050, 114 S.Ct. 1609, 128 L.Ed.2d 337 (1994), on remand 30 F.3d 136 (7th Cir. 1994). Client, a ship repair company, settled separately with a Jones Act plaintiff, and the co-defendant employer sought contribution from the client after the settlement. The trial court held that a non-settling joint tortfeasor had no right to obtain contribution from a settling joint tortfeasor under admiralty law, and the decision was affirmed in a case of first impression in the Seventh Circuit.

Estate of Richard Smallwood, Deceased v. Union Pacific Railroad Company, Union Pacific Motor Freight, Transamerica Leasing Company, American President Lines, and Trinity Industries, Inc., in the Circuit Court of Cook County, Illinois (1994). Defense of Transamerica Leasing Company and American President Lines, the owner and lessee of a chassis, in a wrongful death action arising from an accident in which an employee of Union Pacific Motor Freight drove a spotting tractor into the front of a chassis that was parked in a railroad yard. The case was settled for the sum of $2,500,000, with the clients contributing only $35,000 to the settlement.

The Payment of Supplemental Wages and Advances on Settlement on Claims for Injuries to Seaman, Benedict’s Maritime Bulletin, Vo. 13, No. 2 (2nd Quarter 2015)